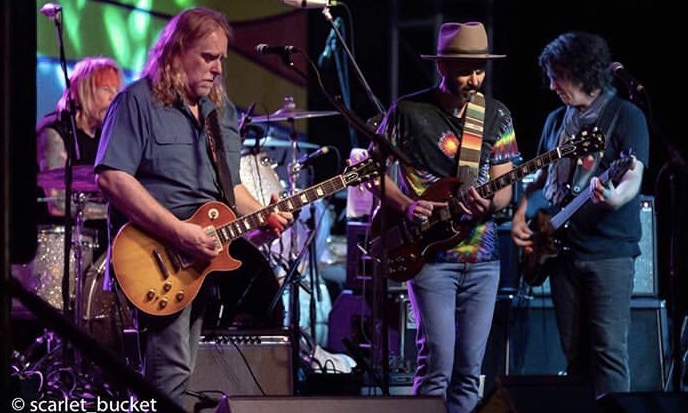 Gov’t Mule concluded this year’s Island Exodus event in Runaway Bay, Jamaica with two sets and two encores on Wednesday. The whole show was filled with rarities and the second stanza contained a bevy of guest appearances.

The quartet went at it alone for a version of Creedence Clearwater Revival’s “Effigy” that segued into jams on “Folsom Prison Blues” and “St. Stephen.” Holloway then returned along with Devon Allman for Tom Petty’s “You Don’t Know How It Feels.” The final set of the destination event ended with a cover of the Allman Brothers Band’s “Jessica” featuring Duane Betts and R. Scott Bryan. For the first encore, Mule served up “32/20 Blues” featuring Holloway, Bryan and guitarist Johnny Stachela and a bevy of teases. The four-piece came back for a second encore of Pearl Jam’s “Come Back” and Grand Funk Railroad’s “Sin’s A Good Man’s Brother.”