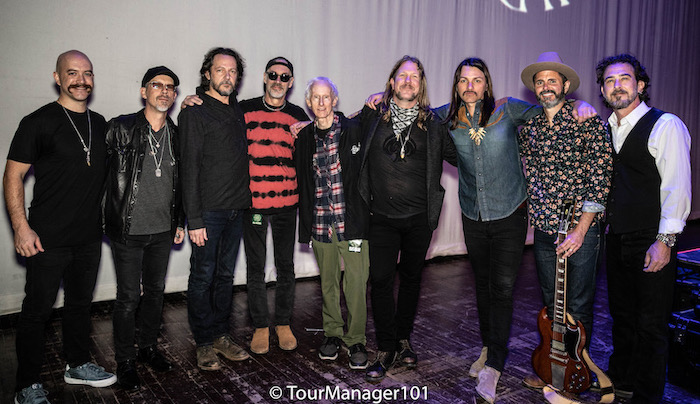 The Allman Betts Band turned their Sunday night show at the Palace Theatre in Los Angeles into a guest-filled affair. The Doors guitarist Robby Krieger, former The Black Crowes axeman Marc Ford and Gov’t Mule drummer Matt Abts all sat-in at various points of the concert.

Abts emerged 12 songs into the ABB’s set to play drums on a cover of The Allman Brothers Band classic “In Memory Of Elizabeth Reed.” Then, one tune later, Robby Krieger and Marc Ford came out to join the group on Muddy Waters’ “Trouble No More” and The Doors’ “Roadhouse Blues” to end the set. For the encore, Marc Ford returned to join The Allman Betts Band on “Wiser Time,” a song The Black Crowes recorded for their Amorica LP during his time in the band.