SIT IN WITH NORTH MISSISSIPPI ALLSTARS IN VENICE, CA 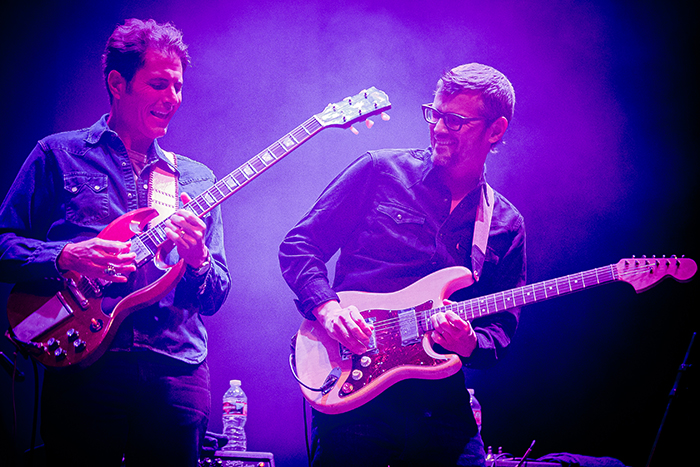 NORTH MISSISSIPPI ALLSTARS AT VENICE WEST – Lamar Williams Jr. was a magnetic presence, whether singing alone or in tandem with Luther, adding a deeper nuance to a part of the Allstars’- the vocals- that sometimes played second to the ensemble’s skillful musicality. Now the voice was pushing the band, even when he wasn’t; Williams Jr. grinning and dancing, grabbing a tambourine, when Luther took flight. They brought out guitarist Johnny Stachela (Duane Betts, Allman Betts Band) for a monstrous workout on “Up and Rolling” that gave Stachela plenty of space to wield his blistering bottleneck slide, before he and Luther teamed up for a nod to The Allman Brothers Band’s “Mountain Jam.” www.jambands.com