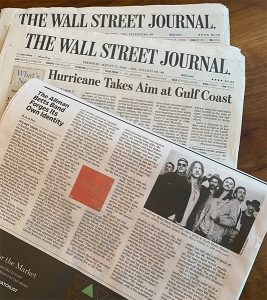 The Allman Betts Band quickly established itself in the roots rock and jam band worlds, relentlessly touring and selling out large clubs while also putting out a well-received first album. On Aug. 28, the group is releasing its second album, “Bless Your Heart,” a more mature, diverse set of songs that better establishes its own Americana-rooted sound.

Read the full story on WSJ.com